March is a time for us to celebrate the achievements of American women. Have you ever wondered how many federal contracting dollars are actually awarded to women-owned small businesses(WOSB)?

Surprisingly, during the preceding four years (FY 2014, 2015, 2016 & 2017), WOSBs averaged a mere $19 billion, a paltry 4% of the yearly total federal spending of roughly $500 billion per year. Digging deeper into the numbers, using our socioeconomic profiles, highlighted below are some interesting facts: 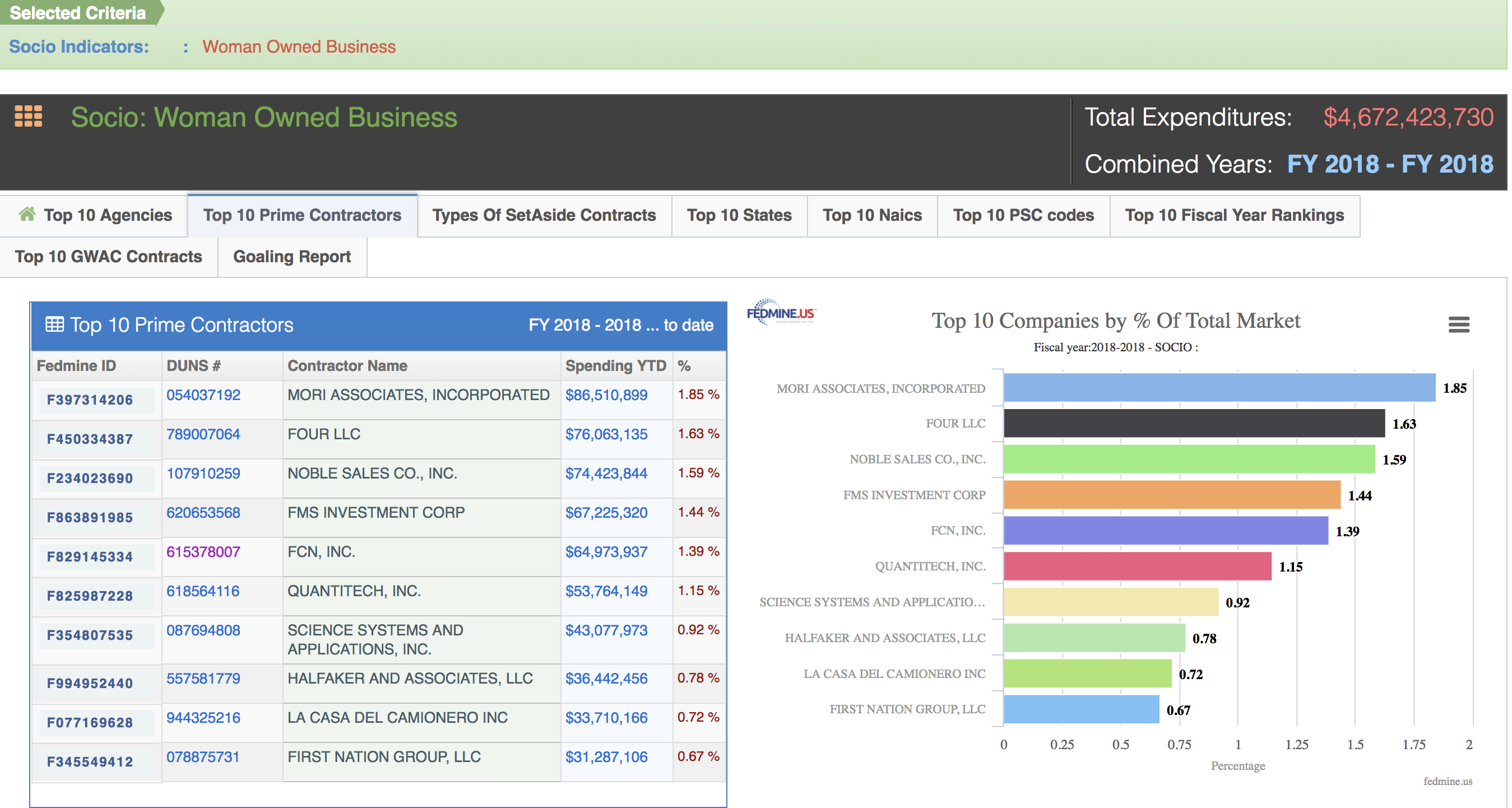 In FY 2018 there have only been $4.8B in awards to WOSBs thus far. The US Small Business Administration has updated their Women Owned Small Business Preference Program to increase the use of set-asides for women-owned businesses and the Women's Business Centers and PTACs are there to help our female entrepreneurs. My wish, this month of March, is that we see the share of dollars awarded to women-owned businesses grow rapidly over the next few years and it's not limited to the minimum % agencies are required to meet.