Government Shutdown and The Effect on Contract Awards

28 days of the shutdown, employees being furloughed - everyone is affected,  but we won't really know the full impact of this shutdown for quite some time.

Being in the federal data industry, it is interesting to see solicitations being released and contracts being awarded, although not to the extent as it should be. I was intrigued and wanted to delve in a little more.  Have a look at some of the numbers I have put together. 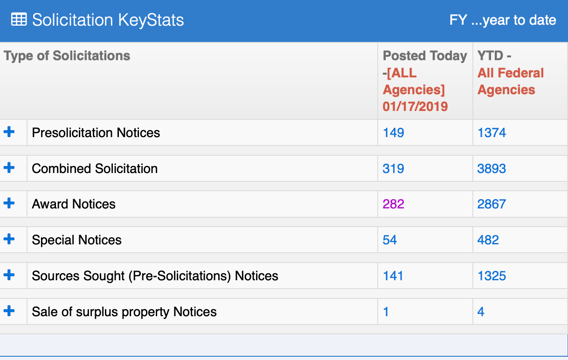 What about contracts awarded?  $4.67B have been awarded in the period Dec 22nd 2018 through the 16th of January, not including the DoD contracts which are subject to the 90 day delay:

We would have to wait for the end of the quarter to get a better comparison of the effect of the shutdown once DoD numbers are released.

If I were to look at contracts awarded by Civilian Agencies during the shutdown period, only $4.08B have been awarded, with Energy, VA and HHS being the top three agencies. 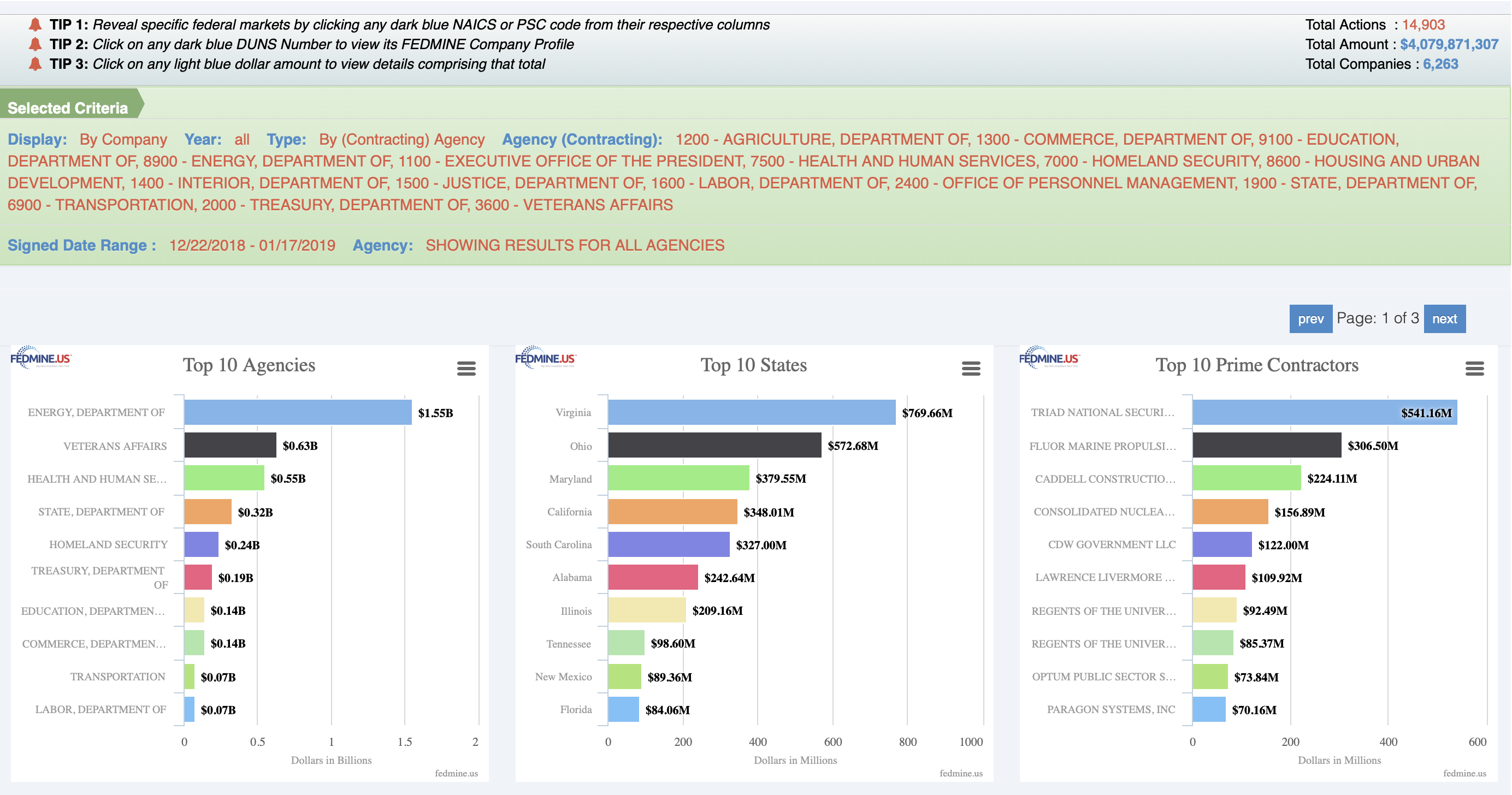 The drop in spending is significant at DHS and DOJ, although all agencies are seeing a drop in spending, the effects of which are felt not only by the small businesses but all the individuals that are connected with serving our country.