Is a contract on the SAT always awarded to Small Businesses? 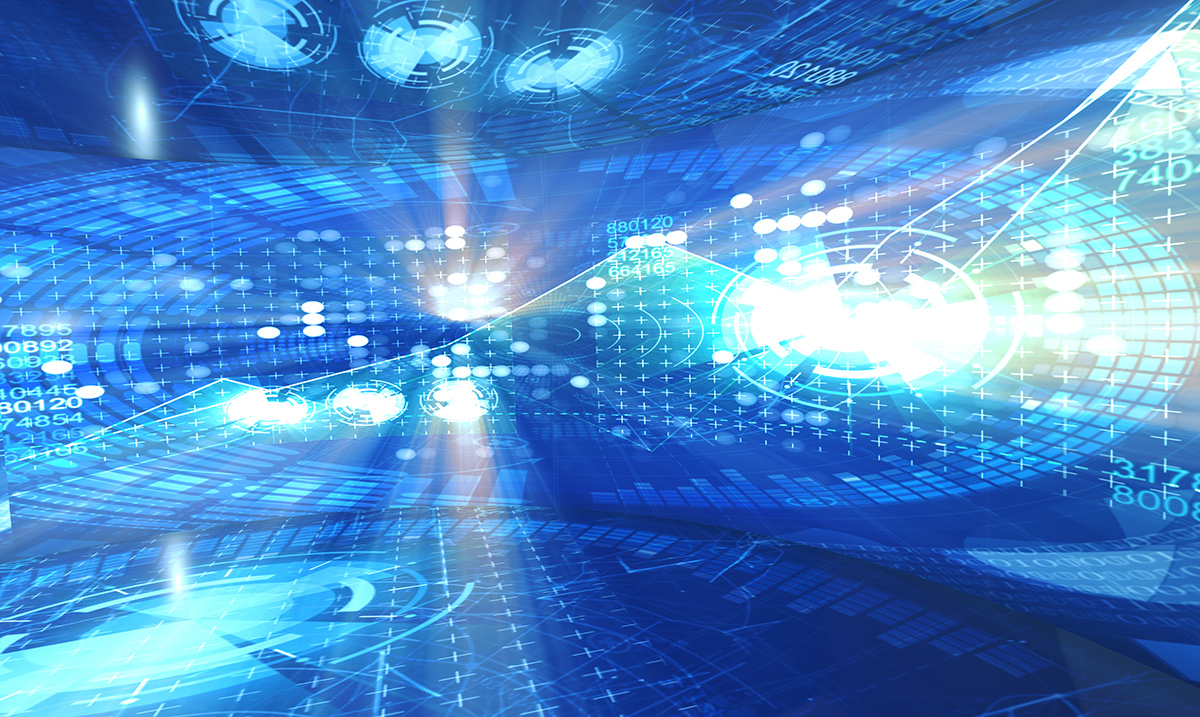 It's National Small Business Week and I am trying to think of a topic that affects Small Businesses, so let's look at contracts that are awarded using the "Simplified Acquisition Procedure" (SAP). The SAP is described in Sec 13 of the FAR and is related to "policies and procedures for the acquisition of supplies and services, including construction, research and development, and commercial items, the aggregate amount of which does not exceed the simplified acquisition threshold". Sec. 2.101 of the FAR further provides that the "Simplified Acquisition Threshold" (SAT) has been increased recently to $250,000. Of course there are exceptions to the dollar value, for instance if the purchase is made to support contingency operation, to facilitate defense or recover from a nuclear, biological, chemical or radiological attack. The amount can also be higher if the head of agency determines that the award is for peacekeeping efforts outside of the US.

The purpose of the Simplified Acquisition Procedure is to improve the opportunities for small businesses to obtain a fair proportion of federal contracts, while reducing administrative costs and promoting efficiency for the agencies. This is great in theory, but in practice you see a lot of variations. I never realized that a relatively high proportion of contracts that are less than $250k, go to large businesses under the SAP.

I did a search for FY 2018, for all Mod 0 Contracts under $250k where the Simplified Acquisition Procedure was used. My result set indicated $12.84B awarded to 70.6k companies, an increase from FY 17 where $11.43B was awarded to 77k companies. This is great you would say, and I would agree, however 36.8% of that amount was awarded to OTSBs (other than small business). Got your attention? Kampi, Boeing, SAIC, Sikorsky Aircraft, Honeywell, General Dynamics, OshKosh Defense are all on this list!  Click here for the report.

Looking at the top agencies, DLA accounted for 42% of these contracts, i.e. $5.42B with the top industry codes related too aircraft parts and electronic components.  DLA  is followed by the Dept. of Navy who awarded more than $1.15B in contracts that were below $250k, 45.9% of which went to OTSBs. Army is the third on this list of the top 10 Agencies awarding contracts under the simplified acquisition threshold and using the simplified acquisition procedure.

Of the $12.84B awarded in FY18 less than 25% of the contracts were set-aside, and small business set-asides accounted for the bulk of this as shown below: 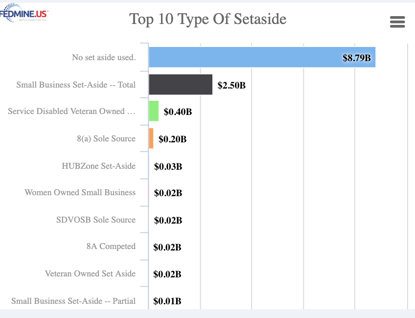 DLA is the top agency using the SAP, followed by the Dept. of Veterans Affairs. Do keep in mind the delay in reporting from the DoD agencies. I expect the numbers will change by the end of the year.

As a small business, a question you may have is how to use this federal intelligence to grow your business. There are a couple of ways, actually. Focus your efforts on agencies that have a higher % of these contracts going to small businesses, further fine tune your search with NAICS or keywords. You could also search for expiring contracts that have gone to OTSBs which you might be able to perform on, and focus on meeting the end user at the agency.

What to expect for the future: will the numbers change? I think FY 19 will see an increase in contracts awarded under the simplified acquisition procedure and I expect the SB/OTSB percentages to be similar to last year. I do hope that we see these numbers change, with more contracts being awarded to small businesses in the coming years. The use of the Simplified Acquisition Procedure should be used primarily to assist our small businesses and promote entrepreneurship!